Reflecting over the loss of another giant of our faith: Marhum Ayatullah al-Udhma Safi Golpaygani (r)

On 1 February, the Shia world was struck with grief with the news that Ayatullah al-Udhma Safi Golpaygani had left this temporary abode, answering the call of Allah. This was indeed a heavy loss for the Shia world, and we extend our condolences to Imam al-Mahdi (aj), the Islamic Seminaries, and to all the mu’mineen.

Ayatullah Safi Golpaygani was born in 1919 in the city of Golpaygan, in the Islamic Republic of Iran. From a young age he was a seeker of knowledge and spirituality. He had a deep love of poetry and the wilayah of Ahlul Bayt. In 1941 he moved to the holy city of Qum to continue his studies under the tutelage of its grand maraji, including illustrious teachers such as Ayatullah Khonsari and Ayatullah Borujerdi. After this, he migrated to the holy city of Najaf, where he benefitted from further beacons of knowledge, including Ayatullah Sayyid Jamal Golpaygani, Ayatullah Muhammad Kadhim Shirazi, and Ayatullah Muhammad ‘Ali Kadhimi.

Ayatollah Safi leaves behind a rich legacy of achievements, to name but a few:

As we reflect on yet another towering figure that we have lost in the last 1-2 years, we are deeply saddened and stricken with grief. At the same time, we are thankful to Allah for having granted us the opportunity to learn from such wise scholars.

It is now our duty to: 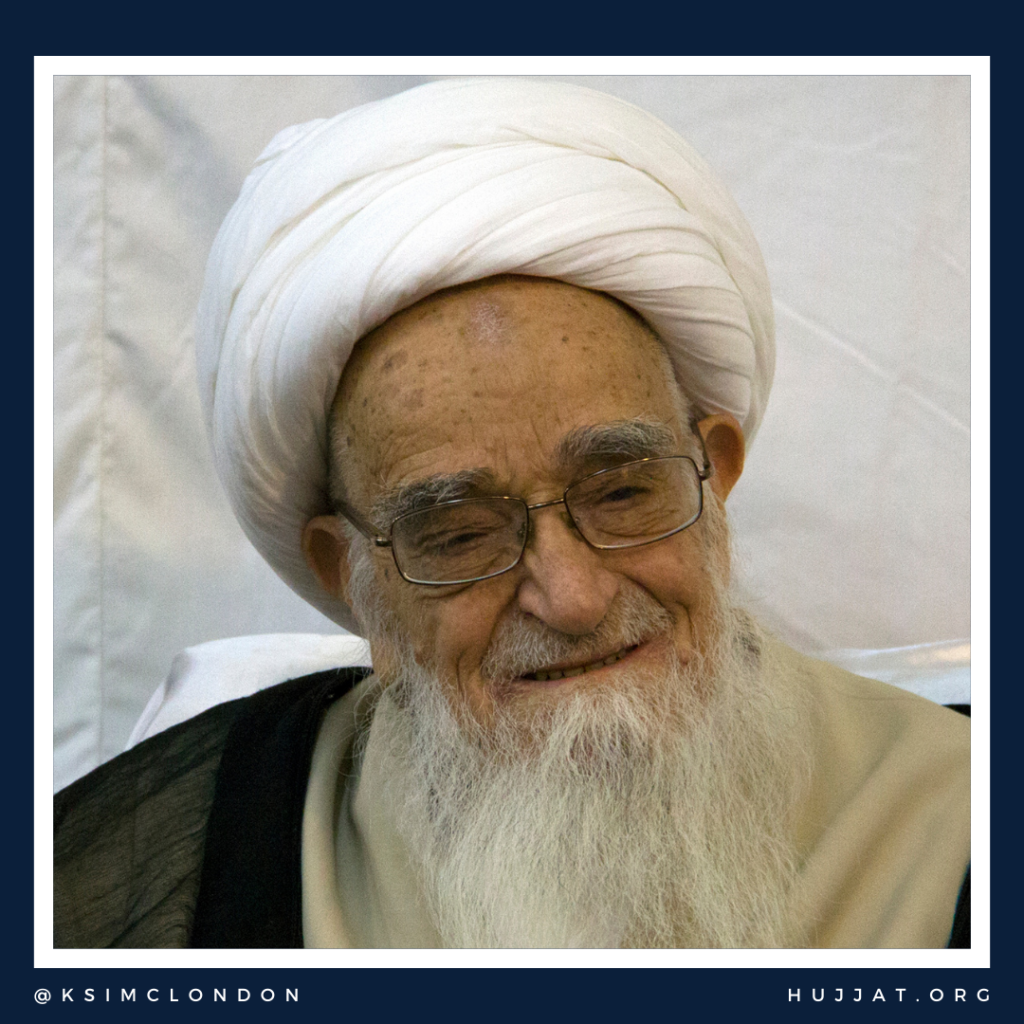